Rediscovering the Romance in the Best Years of Our Lives: Laura Florand's TURNING UP THE HEAT and Ruthie Knox's MAKING IT LAST

In one of the most moving scenes in the 1946 Academy Award-winning film The Best Years of Our Lives, an account of three World War II veterans adjusting to civilian life, young Peggy Stephenson tries to explain to her parents why she's going to break up the marriage of the man with whom she's fallen in love. When father Al questions her decision, Penny exclaims,

You've forgotten what it's like to be in love.... It's just that everything has always been so perfect for you.You loved each other, and you got married in a big church, and you had a honeymoon in the south of France, and you never had any trouble of any kind. So how can you possibly understand how it is with Fred and me?

The camera, which had been shooting over the shoulders of of the Stephenson parents to Peggy sitting on the bed in their bedroom, cuts to a half-shot of Al and Milly, wife seated, husband standing by her side. The two look into each other's eyes, wry, pained, yet loving expressions on their faces. Finally Milly, squeezing tight to her husband's hand, responds:

This central truth of marriage—that "I do" is not the end, but just the beginning, the verbal symbol of a commitment to keep fighting to rediscover the person you will fall in and out of love with many times over the course of your life—is one rarely addressed by contemporary media, especially contemporary romance. Married couples rarely serve as the protagonists in love stories; once mutual declarations of "I love you" (or, more rarely these days, wedding rings) have been exchanged, the romance novel comes to an end, implying that the relationship built within its pages, and the love upon which said love relies, will inevitably last into the future.

That's why I was so excited to discover not just one, but two novellas published this year that focus on married lovers who have grown estranged and who have to find their way back to one another through the minefields of their own misbeliefs, resentments, and deep vulnerabilities. Neither Daniel and Léa Laurier (of Laura Florand's Turning Up the Heat) nor Amber and Tony Mazzaro (of Ruthie Knox's Making It Last) are officially estranged; each couple is still married, still living together. Neither relationship has floundered under the weight of major disagreements or bitterly opposed goals. And neither husband nor wives have stopped loving each other—they think. Or hope. Yet each has lost the other in some way, has lost the connection—emotional as well as sexual—that initially led them to utter those life-changing words, "I do."

Both authors use the device of a vacation—an escape from the mind-dulling everyday routine—to jolt their married lovers out of their passive acceptance of the unfulfilling state of their marriages. Daniel returns home from yet another consulting gig to find Léa gone, fled to Tahiti, while Tony urges Amber to remain behind, free of both him and their three demanding children, at the end of their less-than-relaxing Jamaican family holiday. Both women have spent years catering to the needs of their families (Amber to said children and to her extended family, Léa to her younger siblings, orphaned when she was only eighteen), but suddenly find themselves at a crossroads when the children move on to school or their own adult lives. With the constant press of fulfilling others' demands no longer distracting them from their own selves, each wonders if she has any self left, any desire of her own—even a desire for her own husband. "Back when she'd met Tony, [Amber]'d been so inexperienced that his cock had seemed like this miraculous thing, but lately she just wanted every penis in the house put away," Amber reflects when Tony unexpectedly returns to Jamaica, realizing that leaving her alone is not enough to ensure she comes back.

Tony has long recognized that Amber has been slipping away, and that his long work hours are partially to blame. But with the poor economy endangering his business, their very home, he can see no way to fix their problems. Workaholic Daniel is more clueless than Tony, too caught up in his own insecurities to see Léa's. But he's just as afraid as Tony is that his wife's abrupt departure means she's going to leave him. Both men pray that reigniting their sexual chemistry will solve their marital woes, but both husbands and wives need to recognize that a bout of sex, no matter how mind-blowing, cannot change the fundamental patterns of the lives they've chosen, patterns that have made them all deeply unhappy.

Each couple works to overcome their estrangement in different ways. Yet both solutions involve finding meaningful pursuits separate from their families for the two wives; discovering the strength to speak about shameful, embarrassing, guilty emotions; and choosing to recommit to each other, just as they did when they first uttered their wedding vows. In other words, each couple has to fall in love all over again, not only with each other, but with their best selves.

Knox and Florand wrote novellas, not novels, about the already-married. In Knox's case, at least, few people expressed enthusiasm about a full-length romance about a married couple. I hope RNFF readers will go out and support these two works, and their authors, and send a message to publishers and other romance writers that such stories are not only needed, but truly welcome.

This post is dedicated to my cousin Nicole, who will be saying her own "I do" for the first time this weekend. 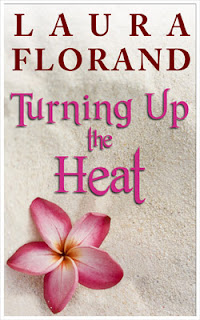 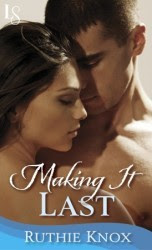