The Gold Rush of Self-Publishing?

This year, for the first time, the national conference of the Romance Writers of America featured a series of workshops devoted to the craft and logistics of self-publishing. Courtney Milan and other romance authors who had originally been published by traditional publishers spoke about the pleasures, both intellectual and financial, of controlling all aspects of a book's production after switching over to self-publishing. Authors such as Liliana Hart, who had experienced break-out success with nary a nod from a traditional publisher, described how they had built their careers, and their fan bases, from the ground up. Dorien Kelly and other long-time writers spoke about hybrid careers, and in particular about reaping new income by self-publishing backlist titles long ignored by their print publishers. Chairs were often at a premium at the Self-Publishing track workshops, published and potential authors alike eager to learn all they could about a publishing process that only two or three years ago, most would have turned away from with scorn, deeming it appropriate only for writers not good enough to make the cut with an agent or an editor at a big 6 publishing house. 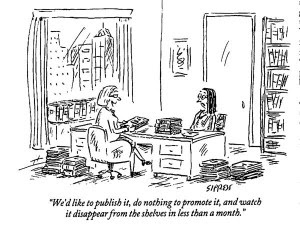 The majority of speakers I heard tended to focus on self-publishing's benefits. Authors no longer need rely on middlemen to choose their cover designs, to promote their new titles, to communicate with booksellers and readers. Nor did they have to restrict their subject-matter, or self-censor, in order to please editors and marketing departments eager to make their books (i.e., their products) palatable to the widest readership possible. No more need to abide by the often arbitrary rules about what "the romance reader" likes or will tolerate, as if the millions of romance readers all share exactly the same tastes. No more accepting contracts heavily weighted in favor of publishers, or dealing with unscrupulous or unsavvy agents. No more being treated as if writers are the supplicants, publishers the ones doing them a favor by deigning to print their books. Most of the upsides of self-publishing, focused as they are on empowering (primarily female) writers, warm a feminist's heart.

Perhaps I am just by nature a contrarian, though, because I found myself suppressing the urge to caution writers about hopping too eagerly on the self-publishing bandwagon, to examine the process and its claims more critically, lest self-empowerment turn too quickly to self-delusion or disillusionment. Very few workshop leaders discussed the downsides of self-publishing. Milan noted that not everyone has the skills to self-publish, the organizational mind-set or the desire for control. Hart discussed the need to hold off on self-publishing until you have at least three to five books ready to launch, and told audience members to be prepared to offer something new (novel, novella, or short story) at least every month to sixty days, otherwise one's rankings on the all-important amazon.com sales charts would quickly sink. No one mentioned whether a book written and published in a month could match the quality of one over which a writer worked and polished for many months (or even, possibly a year!). Will self-publishing push readers even further into accepting quantity instead of quality? 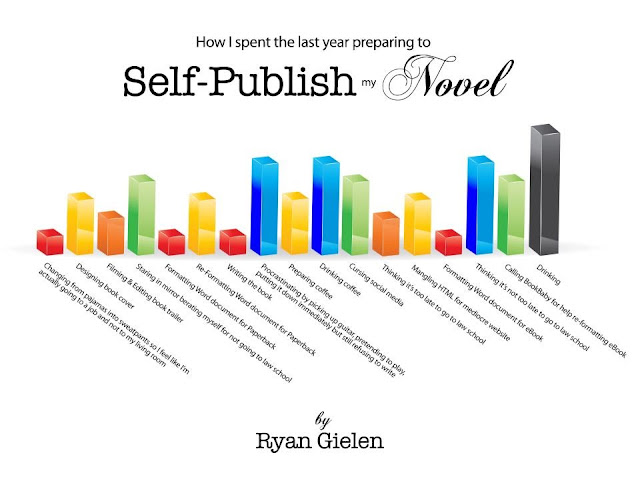 The new closer relationship readers expect from authors—posting on Facebook, Twitter, and other social media sites not just about their books, but about their daily lives—is even more vital for the selfpublished author. With no publisher to rely on to get a book into stores, or into the hands of reviewers, self-published authors need to cultivate readers directly. As agent Steve Axelrod noted in an interview for the Popular Romance Project, such cultivation requires a completely different skill set than the one required for writing compelling prose.

The personal sharing social media demands may also give many writers pause. Do your children, your parents, your significant other really want the world at large to know about their hobbies, their likes and dislikes, their foibles? And how much time are you willing to spend cultivating those readers, as opposed to actually writing your stories?

Are you willing to be a "brand" rather than a writer? For I heard the word "brand" far more often than the word "book."

Money, as well as privacy, may be a stumbling block, especially for previously unpublished writers. The initial start-up costs required to produce a professional-quality book might seem small for authors already making a living from their writing, but how many writers will shell out several thousand dollars, hiring editors, copyeditors, cover designers, and promotional experts, only to find that their returns do not come close to recouping the initial expense?

I can't help but be reminded of the 1849 Gold Rush. So many men left everything behind to fly to California in the hopes of striking it rich. Yet the ones who benefitted the most were not the prospectors, but the ones providing services and equipment to them: the barkeeps and cooks, the storekeepers and laundry owners, the overall makers and the whoremasters. Will it be the freelance editors, book designers, file converters, and authors of books about self-publishing (271 at last count listed on amazon.com, 564 on Goodreads) who end up earning the most from the self-publishing boom? And will it be the female romance authors, rather than male prospectors, who are left with so little to show for their leap of faith into the unknown?
As a reader and a reviewer, I also wonder who will serve as the gatekeepers if and when traditional publishers disappear? If my tastes do not match those of the "average" reader, will I be able to find other sources besides popularity charts to guide my way through the deluge of self-published works likely to flood the market in the coming months and years?

So, am I being too much of a Negative Nellie here? What do you think are the potential up-sides of self-publishing, for romance authors? For their readers? What pitfalls do you see?