I'm a big fan of second chance romance, especially those books in which the protagonists were just not ready/mature enough to make a relationship work during their initial time together. For me, what's appealing about the second-chance romance trope is the idea that mistakes aren't forever. You can and will screw up, in life and in love, but that doesn't mean you're a bad person, or that you're doomed only to regrets until the day you die. Familiarity, too, is part of the appeal—returning to someone whom you once knew really well, and rediscovering those things about that person that made you light up with smiles. And then finding out the things about that person that are different, some of which may even make that person more appealing. Familiarity and forgiveness—a formula almost as good as salted caramel gelato, at least to this romance reader. 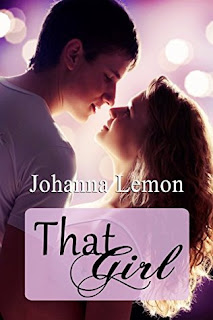 I've come across several second-chance romances of late, though, in which the "first chance" is barely more than a one-night or one-weekend stand. J. Kenner's Say My Name (an RWA conference give-away), Laura Florand's A Wish Upon Jasmine, and Johanna Lemon's That Girl all feature heterosexual couples who meet and experience an intense, immediate sexual and emotional connection, but then who for various reasons end up parting. And then who end up back together again, trying to understand what drew them apart, and why it might be better for them, and for each other, if they try and stay together.

This variation on the second-chance romance obviously appeals for one of the same reasons that its more common cousin does: the idea that mistakes aren't forever, that forgiveness is not just a possibility, but a realizable promise. But it seems to be totally lacking when it comes to the second piece: familiarity. These pairs of lovers did not stay together long enough to really know much about the other, not in the same way that, say, Jane Austen's Anne Elliot and Frederick Wentworth (Persuasion)  or Lisa Kleypas's Win and Kev (Seduce Me at Sunrise), Kristan Higgins' Harper and Nick (My One and Only) or even Sherry Thomas's Briony and Leo (Not Quite a Husband) do. 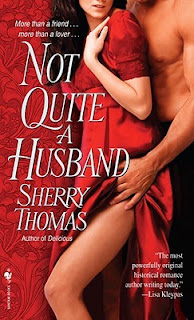 What different desires, then, do you think the one-night stand second-chance romance appeals to? What fantasies does it satisfy, that romances with longer-term first-chance stages don't?
Posted by Jackie C. Horne at 9:00 AM