Teens and Bisexuality: Dahlia Adler's UNDER THE LIGHTS and Hannah Moskowitz's NOT OTHERWISE SPECIFIED

I know it's going to make me sound like an old fogie, but since I turned 50 earlier this year, I've had a lot of moments of "wow, things are sure different now than when I was (insert much younger age)." I've been feeling that feeling a lot this week, after jotting down book recommendations for YA books with LGBTQIA main characters from posters over at the Queerromance site. Back in 1965, the year of my birth, no books for teenagers had been published that featured gay or lesbian characters. Not until 1969 did children's publishing foray into queer territory, with John Donovan's heartfelt but rather depressing I'll Get There, It Better Be Worth the Trip. It would take thirteen more years before teen lesbians were featured in a book with a (sort-of) happy ending, with Nancy Garden's 1982 novel Annie on My Mind. As late as the mid-1990s, when I worked as an editor in the Children's Book department of a major trade publisher, I think I can count on one hand the number of manuscripts we received that contained any queer content, with the notable exception of stories with teens dealing with gay friends or relatives stricken by AIDS. 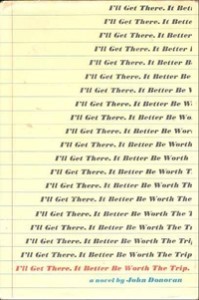 But today, in 2015, I can search Goodreads for "YA Books with LGBT Themes" and find 166 titles published this year alone. A far cry from the measly 200 titles that could be placed on such a list in the entire 35 years between 1969 and 2004.

My, how times have changed.

YA novels with bisexual protagonists have been slower to appear, no doubt due to controversies within academia, and within the queer community itself, over whether bisexuality does/should exist as a separate identity. It was a real pleasure, then, to spend several days last week reading two such books (even if one didn't in the end turn out to be a romance).

Dahlia Adler's Under the Lights is the second book in a series about the stars of a hit teen television show. At first, since the story is told in dual narratives—one by 17-year-old Korean-American good girl Vanessa Park, one of the stars of Daylight Falls, the other by 20 year-old (presumably white) bad boy Josh Chester, best friend of Vanessa's DF love interest—readers might suspect that Van and Josh are destined to make a love connection. Josh does, in fact, find himself coming to care for Van as a person, far different from the myriad hookups and easy lays his success as a model and occasional actor have tossed in his lap. But Van, dating a clean-cut boy band member, finds herself not falling for Josh (no Taylor Swift she!), but instead falling into friendship with red-headed Brianna, the intern/daughter of her agent.

Brianna's open about her own sexuality—"I'm an equal-opportunity-leave-relationship-destruction-in-my-wake kind of girl," she tells Van when Van is confused at her mentioning both an ex-boyfriend and an ex-girlfriend (66). Though she's a virgin (waiting to have sex until she falls in love), she's always assumed she was straight. But when Brianna calls her for flirting when she doesn't really mean anything by it, Van is more than a little confused. Was she really flirting with a girl? Is she only trying to fill the void in her life left by her best friend Ally's move to New York? Or could she truly be attracted to Brianna? And if she is, what would that do to her career? Hard enough being an Asian-American "America's Sweetheart"; is America really ready for an Asian American lesbian teen idol? 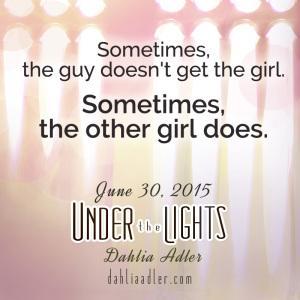 Adler's book does commit one of the no-nos listed in Bisexual Books' "The 6 Things That Need to Change About Bisexual Characters in YA": not allowing the bisexual character to narrate, especially when it comes to pivotal events in her/his life. We only see Brianna through Vanessa's (and Josh's) eyes. And Van's angst-ing about the impossibility of coming out gets resolved all too neatly ("I got my Hollywood ending," Van notes at book's end). But even if this isn't the deepest YA ever written, it has a breezy, raunchy appeal. And after reading so many YA romances with adolescent boys who declare their (seemingly) unrequited love to teen girls only to discover they are loved after all, it's hard not to smile at the way Adler flips expectations here to ensure gay/bisexual romance triumphs.

And I just couldn't end this post without giving a shout out to Hannah Moskowitz's Not Otherwise Specified, even though it is more a "learning to love oneself" kind of book than a learning to love someone else romance. The voice Moskowitz has created for her first-person protagonist, an outspoken African-American bisexual ballerina growing up in, of all places, Nebraska, is one that's going to stay with me for a very long time. Outspoken, ebullient, and outcast among outcasts (not gay enough for the lesbian clique; not skinny or white enough for the Nebraska ballet; not ill-looking enough for anyone to acknowledge the eating disorder she's vowed to herself she'll kick), Etta herself is unique in a way that none of these descriptors can even come close to capturing. It's pretty rare for me to want to jump up and cheer a YA protagonist's revelation, but when Etta finally realizes that fulfilling the dreams of others, rather than embracing her own, is not nearly good enough for such an amazing person as she is, I had a hard time wiping the smile off my face. I'm guess you might just, too. 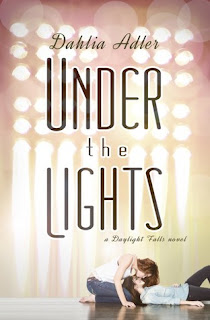 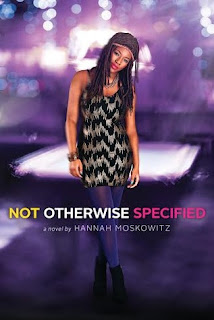