When some people who know I write this blog hear that I'm also writing historical romance fiction, they fear that my novels will end up reading like message-heavy political screeds. Writing fiction is difficult enough; writing fiction with a larger social message can too often fall on the wrong side of the entertainment/didacticism divide, such people worry. Even when I tell them that no, my novels aren't specifically about issues of feminism or gender, the worry often still lingers.

Hall's post outlines a specific political agenda behind the writing of For Real: to "de-exclusify the role of the dominant." Hall notes the "the strong tendency for romdoms to replicate their sexual proclivities in all areas of their life," something with which he has no problem per se; such books present successful, dynamic, reserved, and above all in-control men as fantasy objects, as "catalysts for the viewpoint character." But if a reader wants to identify with, rather than simply idealize, such a character, then the über-dom characterization doesn't work all that well. The prevalence of all-alpha all-the-time romdoms also "tacitly denies that dominance and submission can exist within a dynamic between two perfectly ordinary people, simply because that's what they're into," Hall argues. 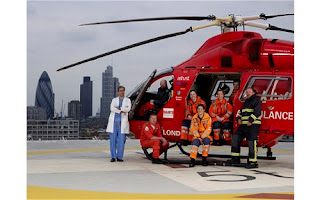 In For Real, then, Hall presents us with two men who seem not only an unlikely romantic pair, but also the embodiment of the opposite role each truly prefers to play during kinky sex. Cool, quiet, and reserved thirty-seven-year-old Laurence Dalziel is a trauma doctor, the one who gets sent in to triage when major accidents, natural disasters, and terrorist attacks hit London. Most people know him as "D," a sharp-tongued introvert; only his closest friends call him "Laurie," and know his sexual preferences lean toward the homosexual and the submissive. Six years after breaking up with his first real boyfriend, with whom he first discovered love in college and only later discovered kink, Laurie is world-weary, cynical, and above all, grumpy: "Look, I've come straight from work, and I've had a really long day, and I simply haven't had time to slip into a spiky collar or a mesh shirt or whatever else you deem necessary to get into your haven of safe, sane, and consensual depravity," are the novel's first words, spoken by Laurie as he attempts to gain entrance to at Pervocracy, the latest kink club in town (Kindle Loc 53). Tired of the games, tired of the hypocrisy, all Laurie wants is to have his sexual urges satisfied for one night, even with someone he doesn't really like. He knows his emotional needs won't be, after all.

Despite his distaste for the "scene," Laurie's prepared to engage in yet another one-night BDSM stand, if only to reassure his worried friends and to relieve the sexual cravings for submission that no one he's dated since his breakup has been able to satisfy. He's hardly expecting that one-night stand to take the form of a "thin and wary and absurdly young" man whom his friends immediately nickname "the foetus," and assume is a "bijou sub-ette" (125, 133). Laurie, initially worried on the young man's behalf, goes over to warn him off: "You shouldn't be here. This isn't Junior Kink-Off" (142). Yet the shorter, slighter, nineteen-year-old "foetus" has a quick come-back to Laurie's insult, and Laurie ends up first apologizing, then being shocked when the young man announces precisely what he's searching for:

"It's like," he went on tormentedly, "you're not allowed to be a dom until you're forty and six feet tall and own your bespoke bondage dungeon. But I'm probably not going to get any taller, and forty is forever away, so what the hell am I supposed to do now?"
"I have absolutely no idea." I'd been with Robert, and we'd somehow figured it out together.
"I just want to know what it feels like, y'know?"
"What?"
"Anything. Any of it. Something really basic. Like—" he drew in a deep, surprisingly steady breath "—I want to know how it feels to have some guy on his knees for me. And not a kid. I want a man, a strong, hot powerful man, doing it because he wants to and because I want him to."
.....
He twisted both hands into his hair until he was all edges and angles, fingers and wrists and elbows. "I think about it all the fucking time. When I jerk off at night. But I'm so bored of the fantasy. I want something real. I fucking need it. I need to know how it really feels." (195)

Caught by his fervency and need, Laurie ends up giving the young man, Toby Finch, a taste of what he's looking for at the club. And then he invites Toby back to his house, to give him even more.

Laurie's expecting his night with Toby to be just that—one mind-blowing, body-rocking encounter, never again to be repeated. But forthright, outspoken Toby comes back, and comes back again, until he worms his way behind Laurie's wary guard, enough to persuade the older man to a weekly sex date. Even though Toby really wants so much more: "And I suddenly realise there's other fantasies  to go alongside the filthy, kinky ones. I want to cook for him. Make him smile more. Do something about the dark circles under his eyes. I want to fucking take care of him" (1110).

Laurie keeps himself emotionally unavailable, though, and for months, Toby makes only slight inroads into his lover's reserve. Because in everyday life, it is Laurie who is older, Laurie who has his life under control, Laurie who seems the powerful one, despite preferring the submissive role during their sexual trysts. But it's Toby—intense, funny, needy, unsure, wanting to be dominant in the bedroom but not always sure how to accomplish that goal—who keeps pushing at Laurie's boundaries, hoping to someday become more than just a fuck-buddy to the "wild stallion of a man who tames himself for me" (2116). 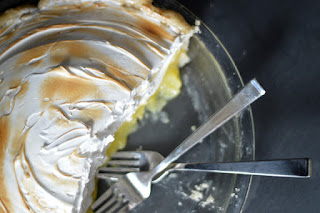 Arguments, losses, fears of abandonment and fears of self-worth (and how to combine kink and cooking in a hygienic manner)—Toby and Laurie have a boatload of issues to work through. Never mind the difference in their ages, which, Laurie discovers, does matter, just not in the way he had initially thought: "Not... because of how other people would judge, but because while some of the bridges between us were instinctive and effortless, love and sex and faith, others had to be carefully built" (5473). Learning how to build such bridges won't make either of the lovers "complete, or some shit like that," but it will help the "bunch of pieces of [each]... fit together in a way they didn't before" (5965). The pieces that want dominance and of pain, humiliation and submission, as well as the pieces that want hand-holding and snuggling and sharing breakfast in bed. The pieces "beyond shame, fear, and vulnerability": the "true things: sex, and love, and us" (5996). 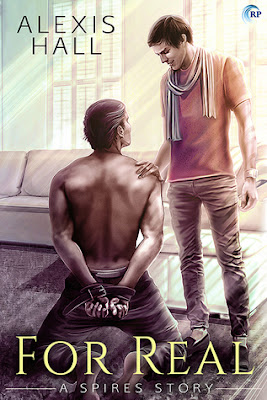